ROCK RANCH FAMILY AIREDALES
We are so thankful to GOD for the joy that these dogs bring to all who know them.
I know they look like they are 'all business' but that is what makes Airedales so unique!
​They can definitely 'bring it!' if need be (be protective), but they also crave love, are affectionate and goofy!
So smart, it can be scary... like they can read your mind.  They see the true person.
​
​If you have gained the respect of an Airedale.....  now you have done something.
​

WE HAVE 2 CURRENT STUD DOGS...
Hunter  (Rock Ranch Freedom Hunter) and Maximus  (Clam River Max)
See photos below of our past and present men. below: 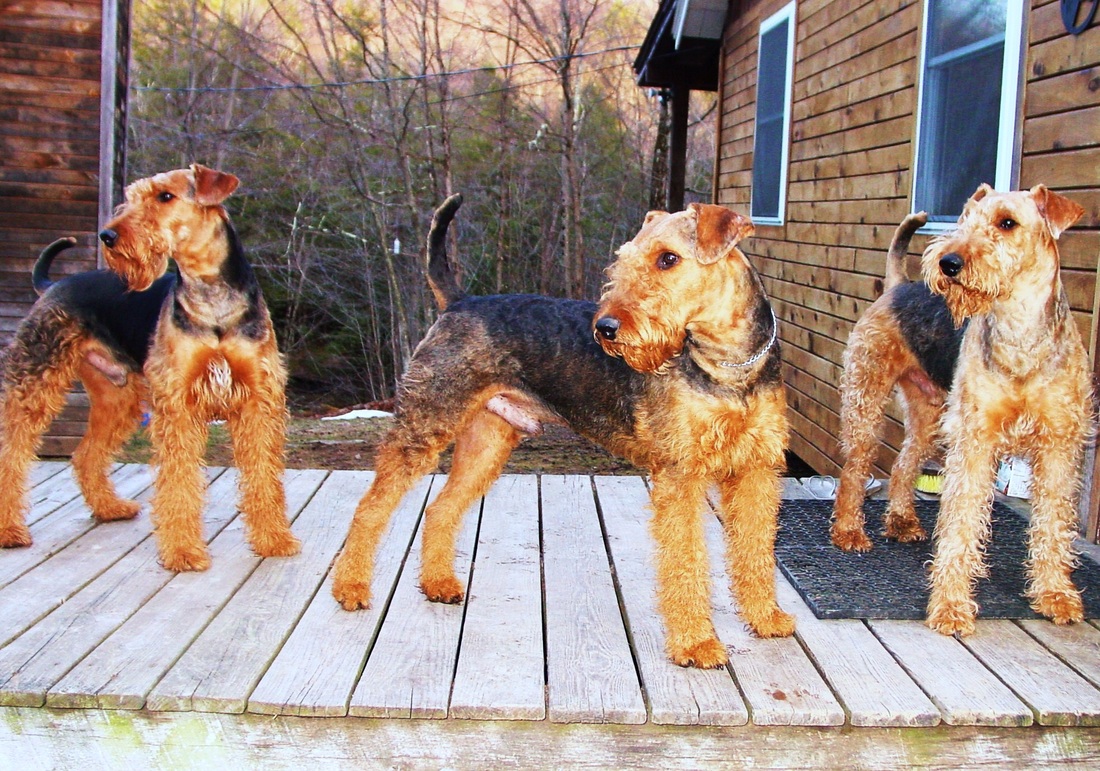 We could tell from the beginning that HUNTER'S SON Oz was spectacular.  His conformation, his mind and his attitude were impressive from the start.
HUNTER'S carefree and happy boy personality is the perfect compliment for Ruth.
RUTH's personality brings fearlessness and incredible brains to the equation.  Ozzie has always been the most loving, outgoing, friendly and quick minded pup.  Oz wants NOTHING more than to be with people.  We are watching him grow and mature.  We like what we see!

**Ozzie is now retired from the breeding program...  See our new stud dog below... Maxamillion! 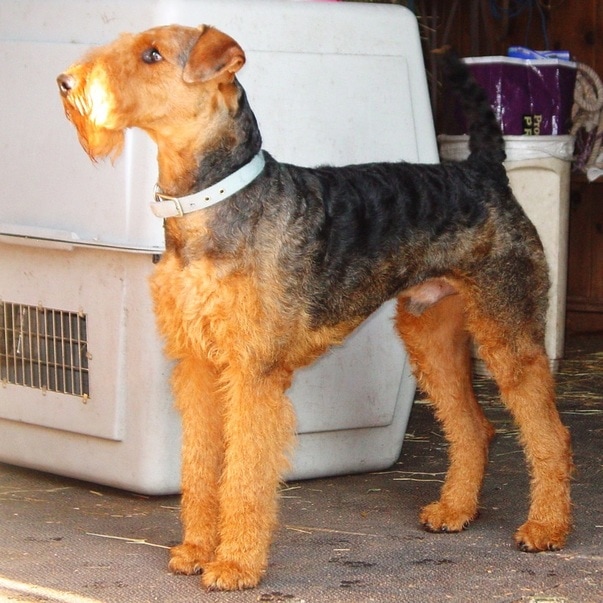 CLAM RIVER MAX, AKC - (above and below) 'Max' is a Titled Upland Hunter from Michigan, Blacky Snurd is his Dad!
Phenomenal hunter, points and retrieves, and absolutely 'Gorgeous!' to boot. 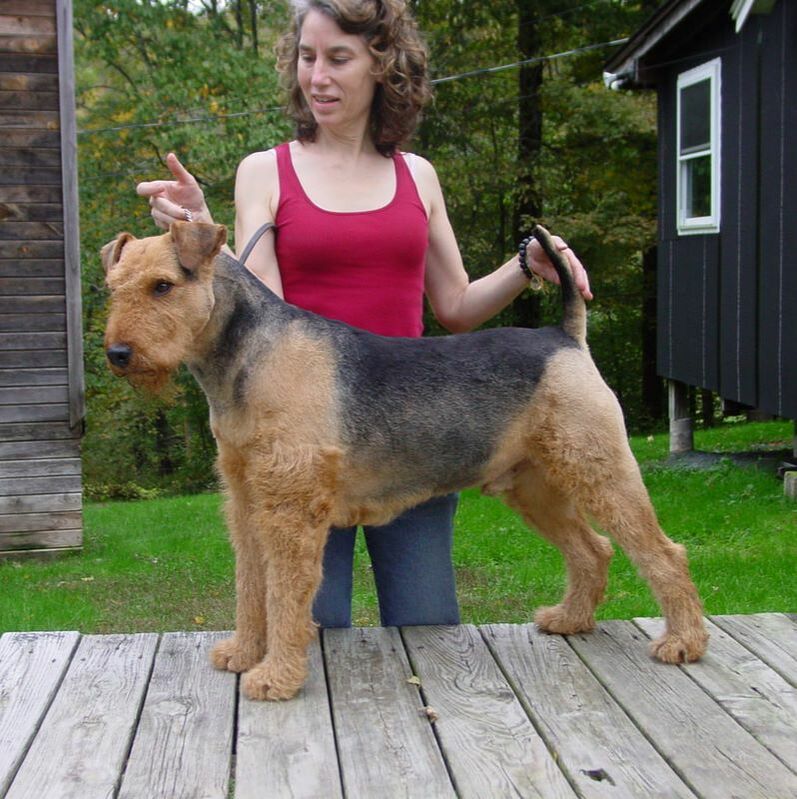 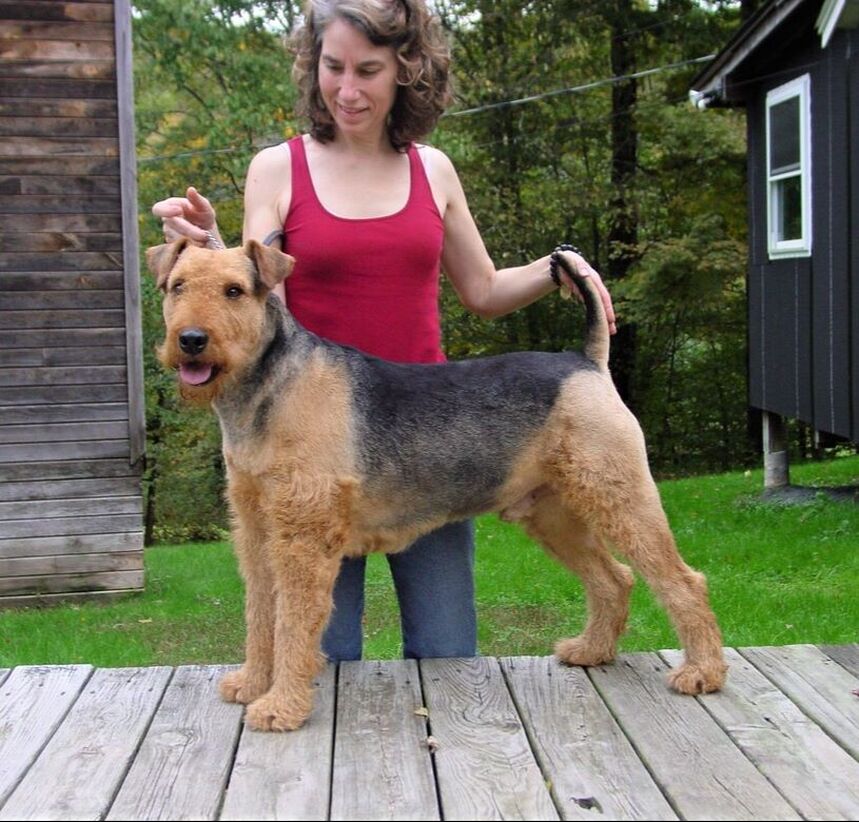 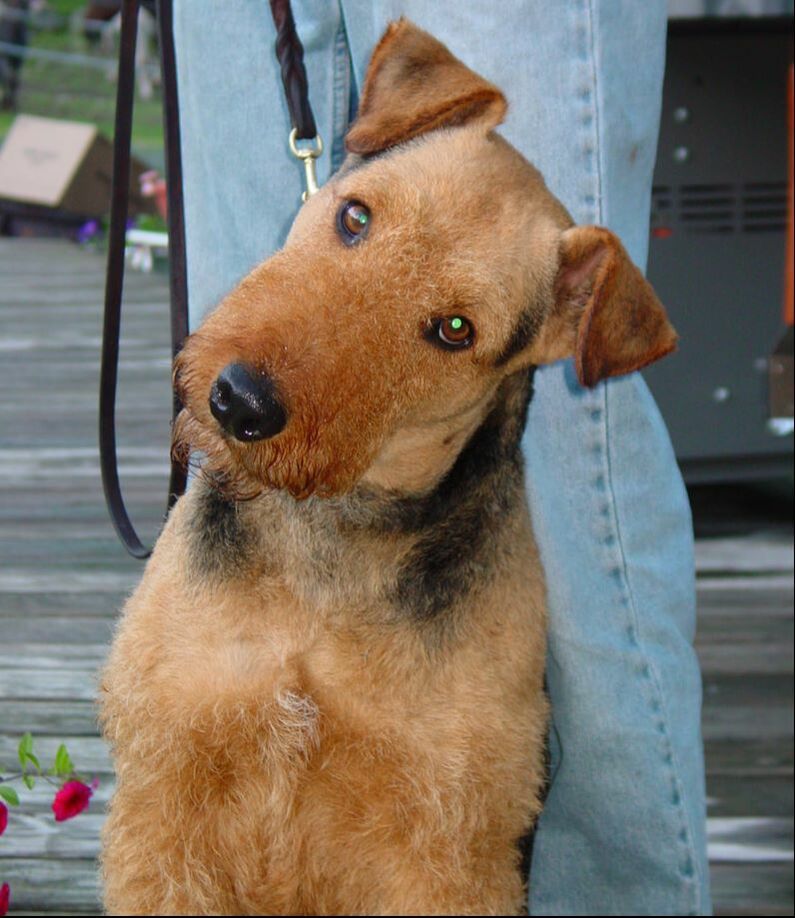 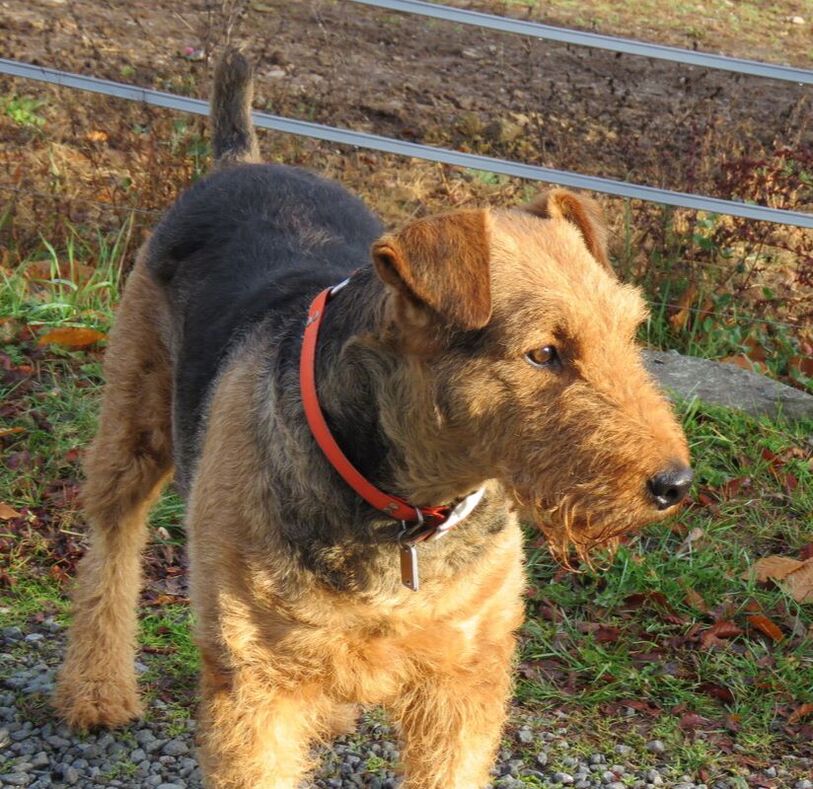 Turk has AMAZING CONFORMATION...see more of him on the Conformation page. Our Turk is also an awesome companion!  He is more like a human than a dog.  He is soft and gentle.  As a teenage pup, he caught a baby chick in his mouth; we only knew it because we heard muffled chirping.
The chick emerged from Turk's mouth unharmed!  He is the most obedient Airedale.

​You have to be careful where you tell him to "stay" when we are outside doing chores.  You might forget where you left him!    He sired our girl RUTH - "ROCK RANCH LEAH'S JEWEL OF EREBOR".  Turk is retired from our breeding program. 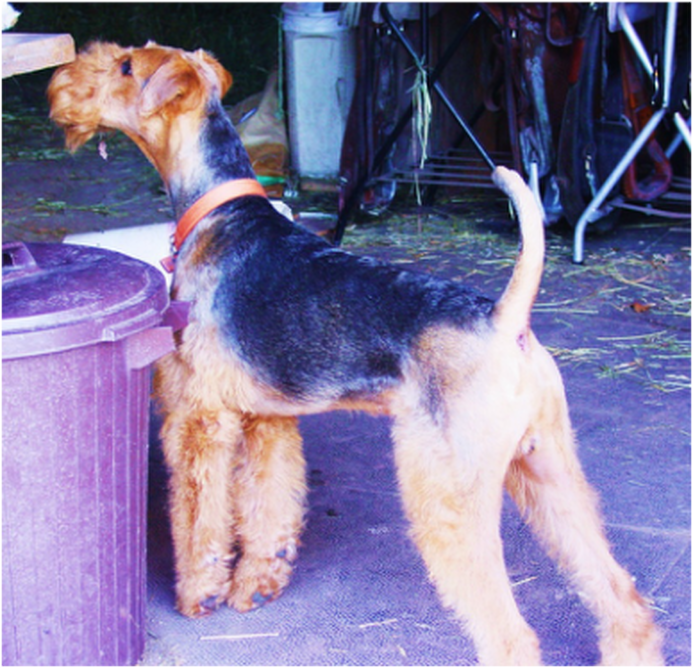 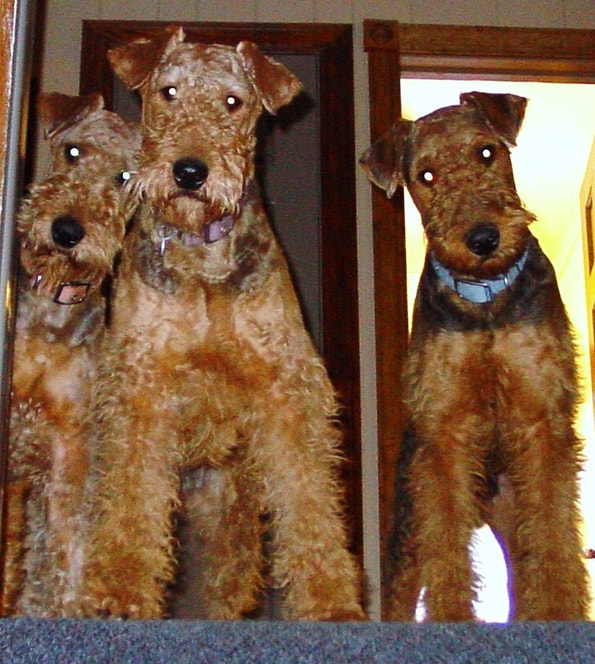