WE BELIEVE IN GOD'S PROVISION
We also believe it is a time to be prepared...

Author and survivalist James Rawles  touts the Airedale
as the survival dog. 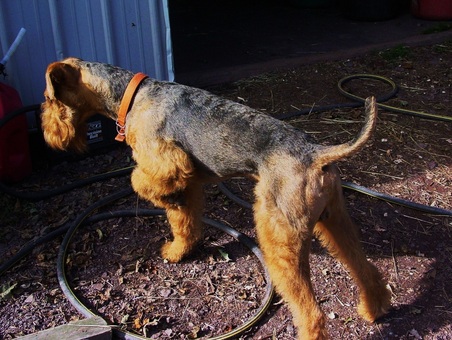 Airedales are amazingly versatile animals.  They are the only hunting breed known to have the ability to Point, Flush and Retrieve.
They only bark when there is something they need to alert their owners to.
They have a keen eye and sense of smell, and often hear approaching danger or strangers long before people do.
In the western US Airedales are used to keep the hounds alive on the bear hunts.  Airedales have a cat like cunning - the hounds find the bear, then the Airedale is released to play 'cat and mouse' with it so the bear doesn't have the opportunity to kill the hounds.
Airedales are athletic and playful, even on in their years. 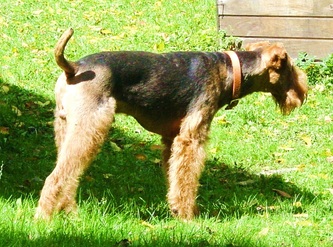 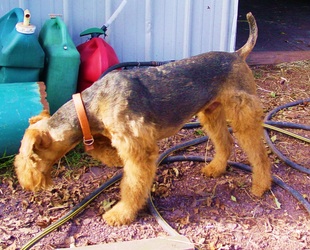 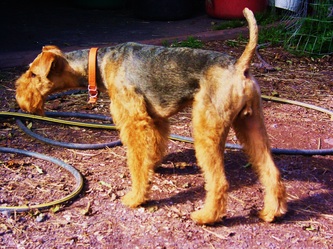 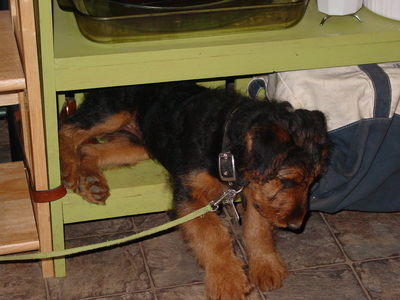 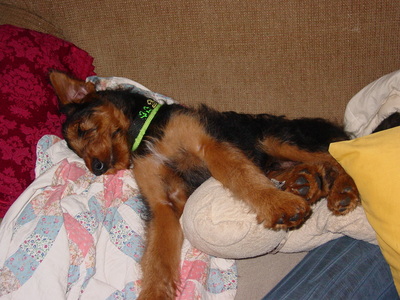 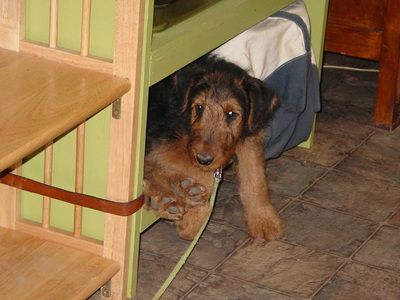 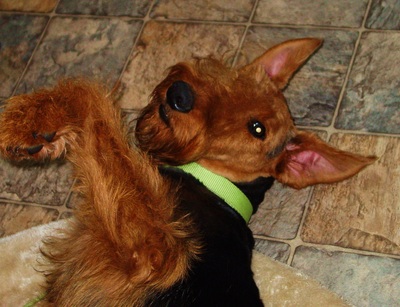 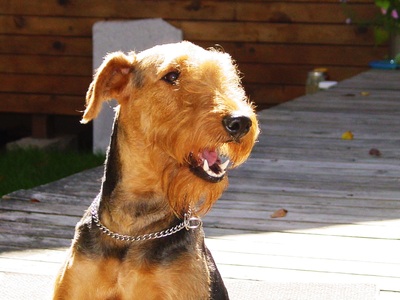 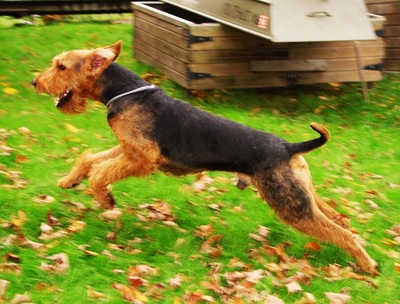 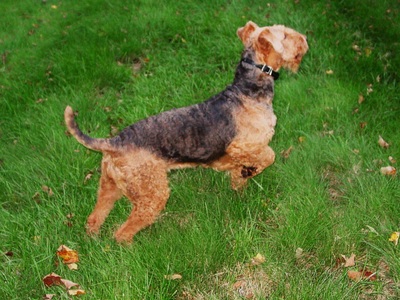 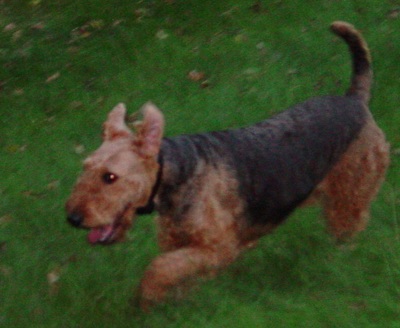 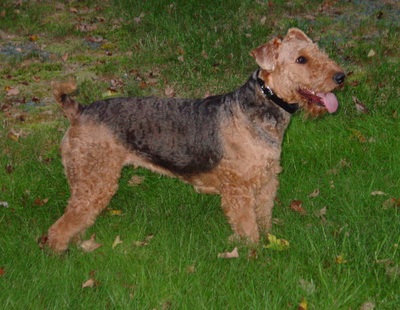 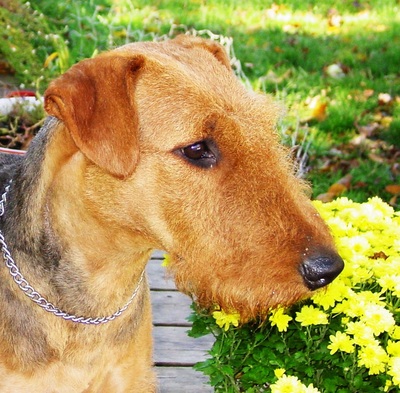 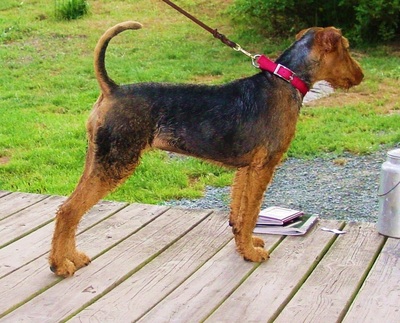 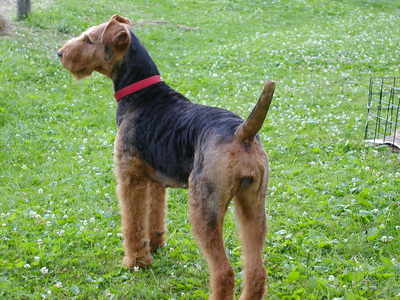 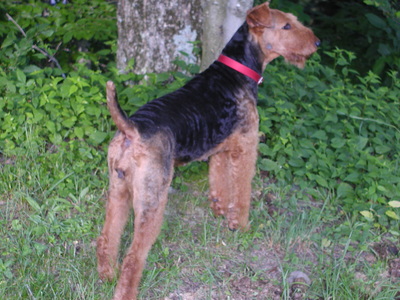 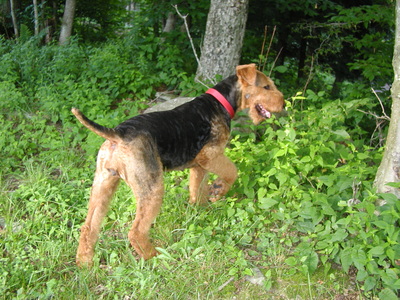 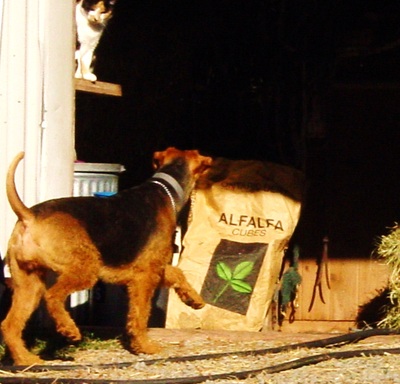 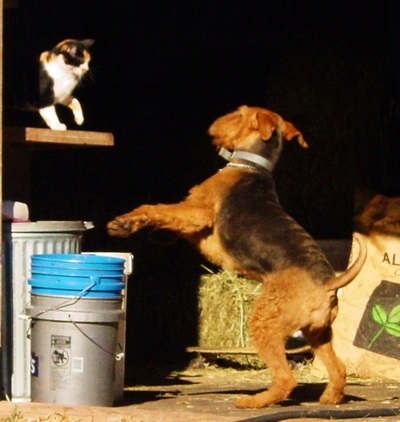 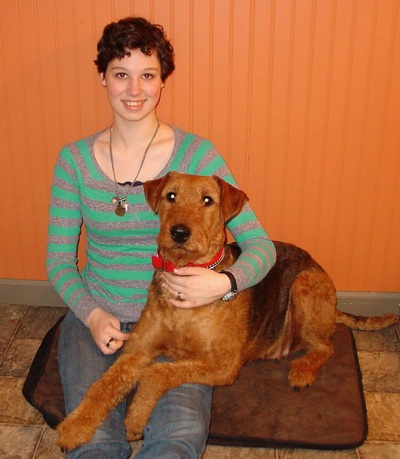 Airedales are extremely loyal to, and protective of their owners and property. 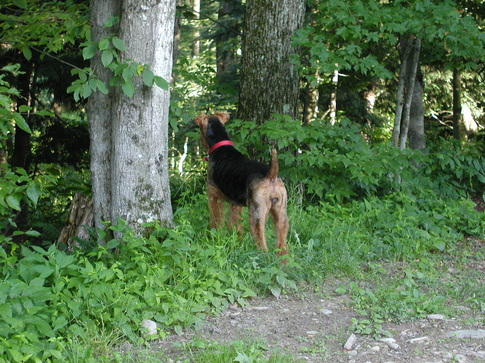 These are territorial dogs.  They are always scanning the horizon, testing the air, checking the perimeter... always on duty.

Airedales do not like intruders, be it mice, raccoon, bobcats or bears.  They will put up a huge barking howl, STOMP the ground with their front legs in warning, then light off after whatever it is that is threatening.  On the other hand, a well trained Airedale can be immediately called off task.  (handy)

We have used our Airedales to catch rats in the barn, a snake in the rock pile, run off bear in the horse pasture, raccoon from the hen house and chase deer out of the garden!  We have been alerted to a bat trapped in the attic eave, and a flying squirrel trapped in the basement. 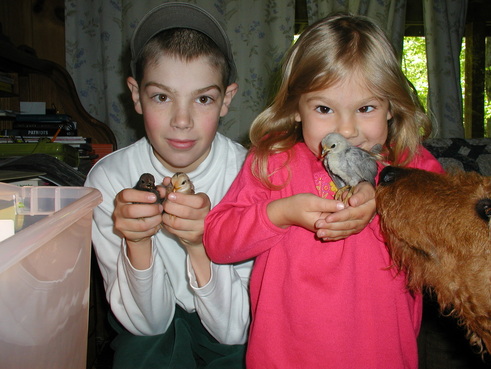 I have seen my Airedale get stung in the mouth over and over, biting (killing) a hornet that was stalking my 3 year old.  These dogs don't miss anything.

They know the difference between animals that belong and those that don't as well.  We have never had any problems raising baby chicks in the living room or with our Airedales getting along with our cats (though it is fun to chase them just a little ;-) 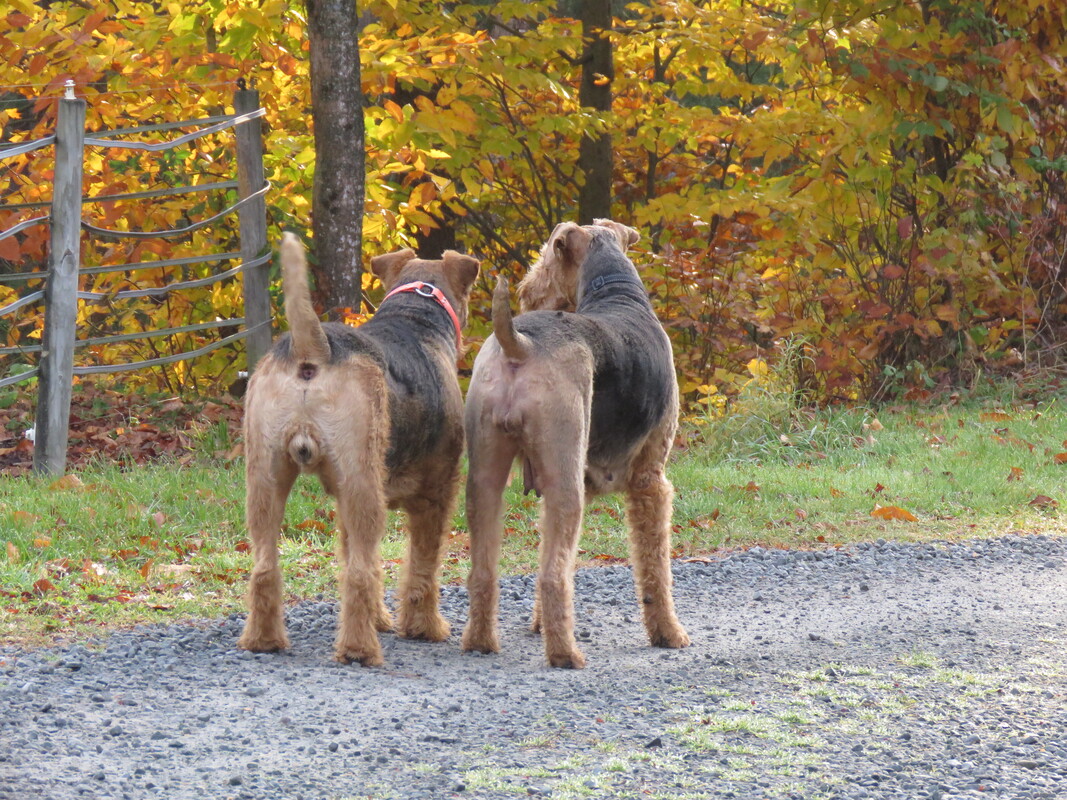 Airedales are not high strung. 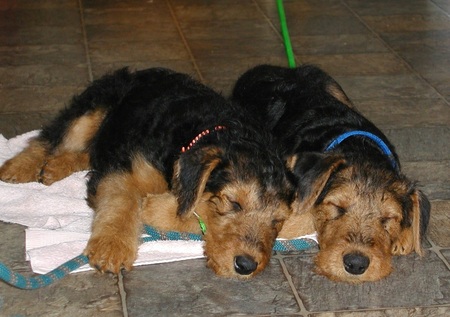 Although they are a Terrier breed, the Airedale
originated by crossing a hound breed with a terrier breed.  Therefore, they can be high energy and playful... but they have an "OFF Button"!
...."You want to stop playing?  Ok, let's take a nap!"

We can help you select the Airedale puppy which may best fit your lifestyle and your purpose(s) for owning a dog.

".... those who are led by the Spirit of God are sons of God."  "Now if we are sons then we are heirs- heirs of God and co-heirs with Christ, if indeed we share in his sufferings in order that we may also share in his glory."  Romans 8:14 + 17

The Airedale is a loving, tender and thoughtful companion for your home. 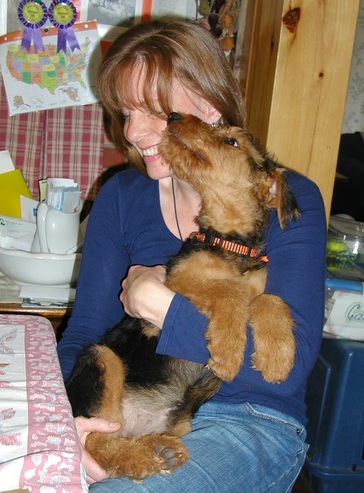 Airedales are among the most easily trained animals in the canine world because they are intelligent and devoted.  They are not 'attack' dogs -  these are not dogs who will leap out and bite an intruder by instinct.  They are designed to be the "Early Warning Signal."

Airedales have a wonderful mind, and they use it often.  Trust your Airedale if he is telling you something is out of place.  Be humble enough to recognize you may not sense what he does.

Most Airedales can be strong willed and independent, which is what makes the Airedale what he is.
Few breeds manage to be as Stylish, Noble, Athletic, Vigilant, Protective... and Goofy! as the Airedale.

Early, quality training is required.  The Airedales
are also tender and sensitive to affection, not cold and unfeeling as some purely 'protection' breeds can be.

They THRIVE on love, discipline and praise.  As a matter of fact, without enough human contact, they can get downright cranky or depressed!  They are the ALL AROUND devoted companion for your children, your family's protection and your hunting trips.


And BONUS....
they have hair (not fur) so they are non-shedding!


"I consider that our present sufferings are not worth comparing with the glory that will be revealed in us."  "Who will separate us from the love of Christ?  Will trouble or hardship or persecution or famine or nakedness or danger or sword?"  "No, in all these things we are more than conquerors through him who loved us." Romans 8:18, 35, 37